Three Things a Former Secretary of Health Taught Me

The Dr. Alfred Bengzon, the former Secretary of Health now the CEO of Medical City, met to welcome us in the Medical City family. He shared his insights and thoughts in his 5 decades of being a medical professional. In our meeting, I learned three things from him: 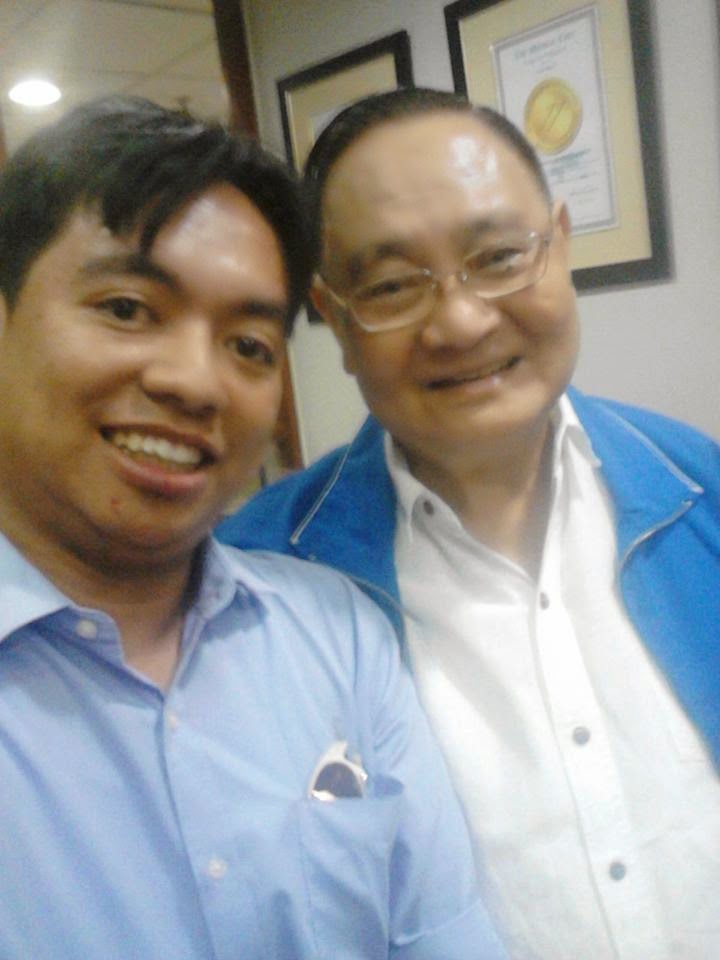 I appreciated that Dr. Bengzon opened our meeting with a prayer from Bishop Desmond Tutu. He said it was something that he wants to be done in all other meetings. We were off to a good start.

The first thought that really had a big message for me was when Dr. Bengzon shared how he was able to appreciate being a doctor by going beyond the scope of medicine. He shared his story how a doctor like him ended up being a manager and taking an Master’s in Business Administration in Ateneo. But that “deviation” from the field of medicine allowed him to have a wider perspective and appreciation of medicine.  He was resolute to tell us that doctors must not only know medicine. He asked me who I was and what’s special about me and I told him that I am a doctor and a physician – the wholistic approach to medicine in person. Our talk turned to spirituality and I was impressed by his wide knowledge of the subject. He talked about Mitch Albom and his books and offered some of his insights on the topic of spirituality. He asked about how a loving God would allow unrepentant people to go to hell. He left it for us to theologize on it. He admonished the other doctors to also read Albom’s “Tuesday’s with Morrie” and not just be limited to their Schwartz, Harrison’s or del Mundo’s. He reminded us that doctors will be able to appreciate medicine better if they know other than medicine.

The second thing I learned from the good doctor is that heroes can still come from the government sector. The recent current events and forever have focused on how government officials and their cohorts have been stealing the people’s money. The inefficiency and ineptitude of the government to address the country’s problem has been an acceptable fact for many. But Dr. Bengzon told the story of an underpaid midwife in the mountainous typhoon-zone part of northern Luzon and her dedication to uplifting the health condition of her community. The midwife would travel on foot for several hours climbing mountains and crossing rivers just to be able to deliver vaccines for the children. Not even her surgical operation that required her to rest could stop her from performing her duty. It was no wonder that she died in the line of duty because she drowned when she was caught by a flashflood while crossing the river one stormy season. Some people in the government are still doing their best to improve the health condition of others. There are still heroes in the government. The field of medicine is like that – sacrificing more of ourselves for the health of others. Medicine is service oriented. He reminded us to help the government in serving the people because anybody can be a hero even in their own little way.

The third lesson I learned from Dr. Bengzon is in looking at the patient as partners in health. This concept has been taught to me in my residency training as a medical doctor and was not something new. But the experience and the examples he gave made it real and practical. It was no longer just a concept. He shared how one of his protégé applied the concept that patient are partners through the design of his clinic. The clinic did not have the traditional doctor’s table where the doctor sat on one side and the patient on the other side while the medical consult is ongoing. Rather, the clinic only had a couch and a center table. The doctor and the patient sat in the same couch to emphasize that the doctor-patient relationship was a partnership. The clinic structure allows the patient to look at the doctor at eye level and sit shoulder to shoulder to emphasize that both of them works in partnership and has equal role in the patient’s health. Dr. Bengzon reminded us how doctors love to go ego-tripping and that this culture must come to a stop. He challenged us new doctors that in our practice, we will treat our patients as partners who must also be given the responsibility and control of their own health.
at 6:44 PM No comments:

Email ThisBlogThis!Share to TwitterShare to FacebookShare to Pinterest
Labels: Stories in my Workplace, Theology and Medicine

Guest Post from a Typhoon Yolanda Reflection by Monalinda Cadiz

A postscript to faces of living hope

Sprawled in an orange and pink colored mat are a couple of diapers bundled with colorful, bulging eco bags.  Excited hands were untying gray, plastic bows, and female chatter was in the air.
“Wow! There’s also a baby dress set in our pack, I got a blue one...do you like this color for your baby boy?”  “Sure, thanks! Here, I’ll exchange with you this pink one-  suits your baby girl better.”
It was while observing these moments, amidst my frantic implementation of World Vision’s Women and Young Children Space (WAYCS) at the relief response in North Cebu, that I was reminded it was in fact the festive month of December.  Although the scene wasn’t kris-kringle, it appeared that Christmas wasn’t suspended afterall.  Not even in those parts, bulldozed just weeks earlier by typhoon Haiyan.  Surprisingly at that moment, seven mothers who were victims of an historic natural calamity would remind me not only of festivities to look forward to when I get home for the holidays after my deployment.  Marie, Myrna, Rossan,Shirley, Cris, Fe, and Marilou-  these women wore a burst of a refreshing aura in the aftermath of the Haiyan disaster- the human face of living hope.
Inside that WAYCS tent in the village of Bagay of Daanbantayan town, breastfeeding babies succumbing to sleep were oblivious of their mothers’ excited remarks and frequent giggles.  If not for a breastfeeding poster behind one of the moms who was nursing her baby, the scene wouldn’t immediately appear to be an emergency tent put up to help mothers and their babies recuperate from the terrors of the calamity that had striken.  At that moment, there was hardly a trace that these women and their young ones were in a life-threatening situation just weeks earlier. 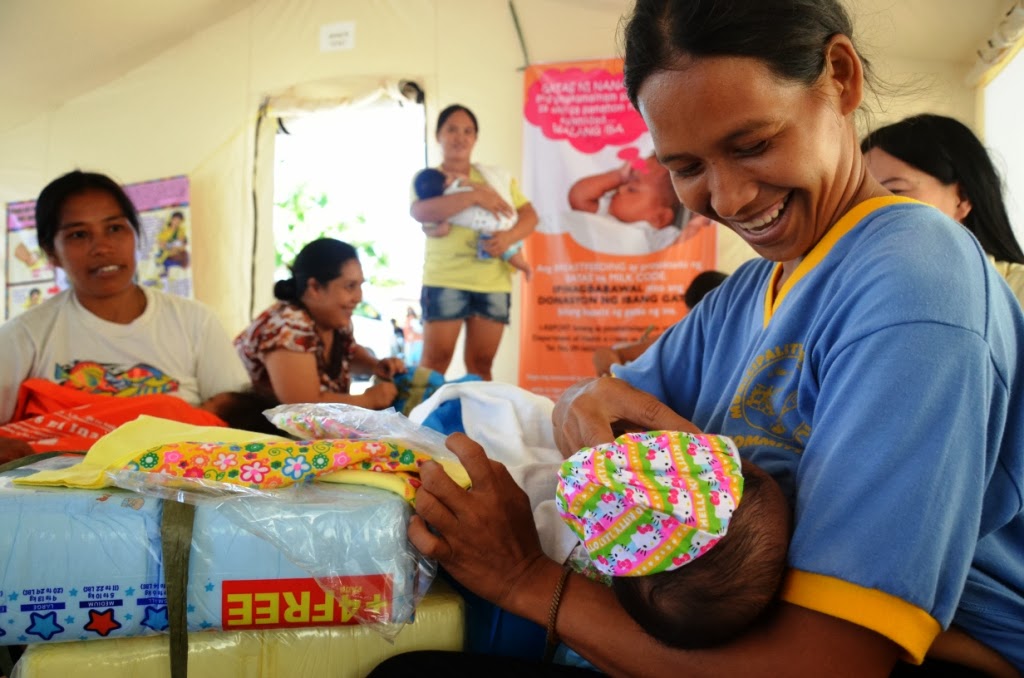 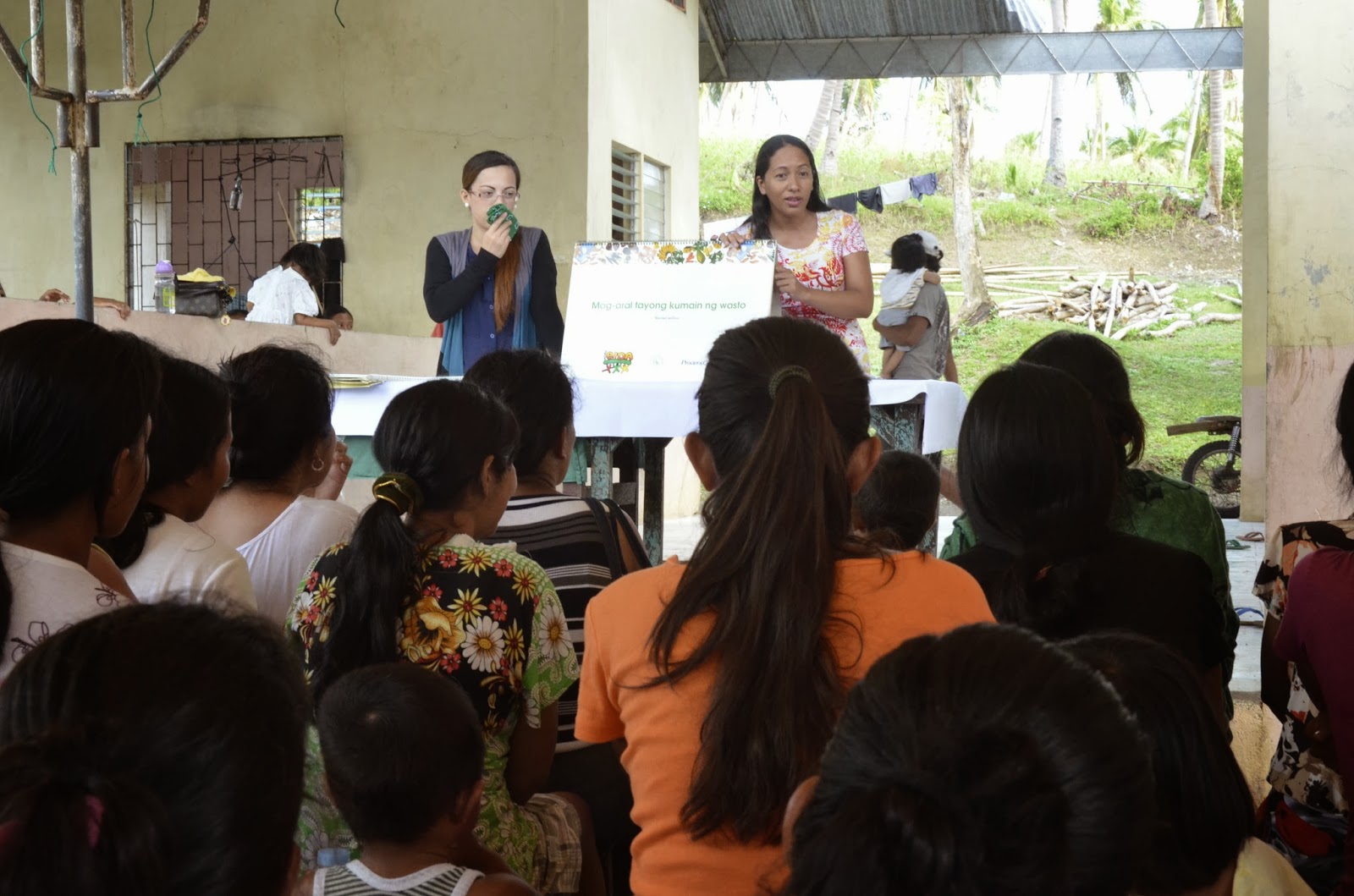 At that instance, she’s my living hope-  that despite her real-time struggles, she’s living up to her role as a nurse to bring the good news, like in reminding a distraught mother that she is naturally endowed with the capacity to nurture her baby.  Just like the seven mothers inside that WAYCS tent I spent some moments with as they exuded happy aura, reminding me there can be happiness at the core of gloom.  They all remind me that my vocation is like theirs, and everyone else’s- to be a living hope, just as Christ Jesus was.###
from monalindabc.blogspot.com
at 5:47 PM No comments:

I am having trouble understand why Christians love to think that it is OK that the ministry of God can be cheap or even free.

For example, you work as a missionary doctor for the church and you will earn only Php 20,000 a month ($500) and people will tell you that is OK because it is for God's ministry anyway.

Or a church member will tell you, let us get Church Member A as our accountant for the School because we can ask her to waive her professional fee or lower her PF, after all this can be her ministry.

Many other similar examples exist and all will tell you that ministry can be done with little expenses or for free. Of course that is a great strategy if you do not have the budget for your ministry.

And that is my problem. Too little money is spent in the ministry. It is like ministry can be cheap. Ministry then becomes a cheap ministry.

I look at how we spend for our different ministries as a symbol of the value we give to God's ministry. A cheap ministry is not a valued ministry. If you are willing to pay only Php 20,000 to your missionary doctor then you are not only telling the doctor that his value as a missionary is only that much compared to other doctors also healing the sick. If you want to waive the PF of the accountant you are not only telling the accountant that her value is only that much compared to other CPAs. Of course, the missionary doctor and the CPA will think that they have a lesser value than their counterparts. More than that, you are telling them that the ministry the doctor and the CPA are involved are not valued as much as well. The ministry they do is not as important as others.