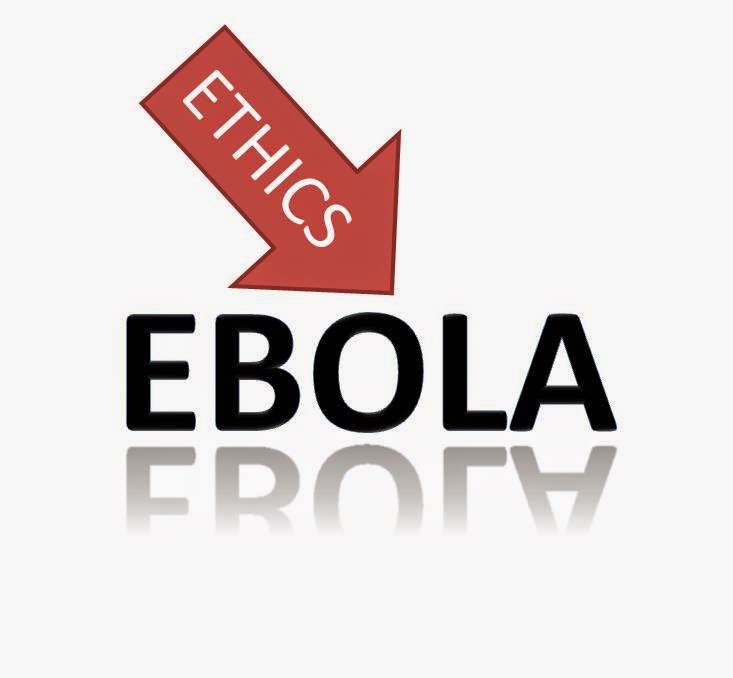 The Ebola Virus outbreak in West Africa has put the spotlight on ethicists. As the health world scrambles to address the problem, bioethicists are also facing ethical dilemma related to Ebola. It is a well known fact that the Ebola virus has not treatment and no vaccine available in the market today. But there are several pharmaceuticals racing against each other to develop a medicine against it. Last week, the US government tested the new drug ZMapp on two Americans infected with the virus. There was a public protest on why the medicines were given to the Americans and not made available to the general public. This raised several ethical issues.

Here are three of the biggest ethical issues that we all need to consider.

1. Is it ethical for us to use vaccines and drugs against Ebola that has not been adequately tested on humans?

So, here is the dilemma. The drug, as reported, is still on trial stage. There has only been the animal test phase. No human trial for its safety and efficacy has been done. The ZMapp given to the infected Americans, at its best, is a human research to its efficacy. Although, early reports showed positive response to the drug, there is no conclusive evidence to show it is effective. Would it be proper then to subject thousands of people to this medicine without knowing its effect to humans?

I will not even dare elaborate on another ethical if not racist issue behind this. Suffice for me to ask the perennial questions, why are experimental drugs done in third world countries? Why subject Africans to experimental drugs with unknown risks or benefits?

The WHO ethics panel agreed that it is ethical to use experimental, non-approved drugs to fight the Ebola outbreak. They reasoned that this outbreak is a special circumstance that needs special consideration. A research protocol needs to be followed in doing human research. Are we following the proper protocol in using these experimental drugs? Human research requires that the risks and benefits to the person should be weighed. Without knowing the gravity of the risk nor any benefits it can provide to the patients, would it still be ethical to provide these medicines to humans?


2. Who would receive the limited number of this new Ebola medicine?

The second, and perhaps the most difficult, ethical dilemma is sorting out questions on the principle of justice - specifically distributive justice. Who should receive the new Ebola medicine? Pharmaceuticals have reported that they have only more than a dozen of medicines available ready. Regardless of problem #1 being resolved, the medicines are now sent to West African countries. It's now time to give them to the people affected by Ebola. As of this writing, WHO has reported that more than 1 million people are now affected by Ebola. Who among them would receive the 12 or 15 or 20 medicines?

There are 4 countries severely affected by the Ebola virus - Guinea, Liberia, Nigeria and Sierra Leone. Who among these countries should receive the most of the available medicine? Should it be the closest ally of the western world? Should it be the country with the highest death toll? Where should the pharmaceuticals developing the medicine send their products? When they have settled that issue, more ethical questions needs to be raised. Who would be the blessed people to get treated first? Two Liberian doctors are going to receive the experimental drugs. Why the doctors? Why not the mother of 8 children whose husband recently died also of Ebola?


3. Why raise the ethical dilemma for the Ebola stricken West Africa?

The third maybe a little difficult for me to explain. This was raised by my Nigerian friend which I am now only beginning to understand. I will try my best to make it simple. When the ZMapp medicines were given to the infected Americans, there was no ethical question about it. It did not bother WHO to convene a panel of ethicists. In reality, experimental medicine are given almost anywhere. Here in the Philippines, stem cell therapy is on top of them. When a patient willingly consents to receive an experimental drug, no one bothers to stop them because it is still experimental. Yet, in the case of the Ebola virus outbreak, the world has to pause and reconsider giving the drugs. At a time where the affected people are crying out to give them anything - even experimental drugs - to stop Ebola, the world has to bring up ethical questions.

Yes, for some people - especially those who desperately need them - to second guess giving a "potentially" helpful drug is tantamount to withholding any hope of cure. Are there underlying reasons behind the hesitancy? Is money an issue? Does the financial gains and costs holding the world back? Are we really concerned about the efficacy of the drug and the safety of the sick people? Are we really being ethical about this?
at 7:14 AM 2 comments:

Email ThisBlogThis!Share to TwitterShare to FacebookShare to Pinterest
Labels: Christian Theology, Stories in my Workplace, Theology and Medicine

Medical ethics tells us that "(T)he primary objective of the practice of medicine is service to mankind..." This principle has been abused to justify poor compensation for doctors with their work. There is injustice. This is specially true for young doctors who receives retainer fees or compensated for the number of hours rendered. But what is the doctor's service worth? If its value is measured monetarily, how much would it cost?

The first and most common argument thrown is that, "medicine is a service and should not be profit-oriented."

It seems to me that the assumption here is that only those that are cheap and free are considered a service. If you receive good money for a service rendered, that becomes profit-oriented. So doctors are made to believe that it is okay for them to receive little to no compensation for their service rendered. If doctors earn good money for their practice, they are not serving humanity.

This is where the professional fee for the professional service given becomes important. Of course, doctors are either compensated with either retainer fees or fee-for-service. But in general, what is a fair fee for the service rendered by the doctor? What will be a "just compensation" for doctors?
The PMA says the "(P)rofessional fees should be commensurate to the services rendered with due consideration to the patient’s financial status, nature of the case, time consumed and the professional standing and skill of the physician in the community."  They also explained that for self-employed professionals, there is no universal fee. It depends on the prevailing and acceptable fee among the practitioners in the community.

If there is an acceptable fee, why are doctors poorly compensated for their service? Again, this may not be true for fee-for-service doctors with good practice. But this is especially true for many young doctors on retainer fees/per-duty fee or resident physicians.


The second reason, doctors are told that the hospital can only afford to compensate them with a small amount for their service. It's either the doctor take it or leave it. Let me illustrate further:

I am looking to hire a helper in our house (pun intended.) She will help cook the food, wash the dishes, clean the house and wash the clothes. I will need her services to have a decent and clean place. For such services, the acceptable rate in our area for helpers is P3000 a month. (Don't ask me where I live.) I can only offer P2000. Although the acceptable rate is P3000, the prevailing rate and the most common rate offered is P2500. Well, times are tough. It's difficult to get a job. I know people need the money. If they don't want P2000 a month, then they don't have to accept it. I am not pressuring them. I am just offering it to whoever is willing to offer their service for that fee. Is it just for me to offer compensation for the service I know is worth more than that? Is it my fault if there are people willing to receive such compensation for their service?


The third and most important reason why doctors are poorly compensated is because NO ONE CARES. Not even the doctors.
Maybe because of reason 1 and 2. But this injustice perpetuates because no on is standing against it. A learned prophet once taught, "Learn to do good; seek justice, correct oppression... " (Isaiah 1:17).
The injustice must stop. People must do something against the unjust practices. Desmond Tutu famously said, "If you are neutral in situations of injustice, you have chosen the side of the oppressor." We must take sides now. No, one or two person cannot do it.  There needs to be a collective effort to stand against it. The government, the health industry, hospitals, doctors and even patients must do their share. Together, change can happen.

Doctors still do service to humanity. But what is its value to you?
at 7:04 PM No comments: