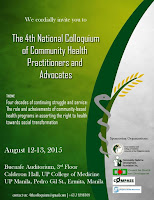 I attended the National Colloquium on Community Medicine early this month. The speakers where fellow practitioners of Community Medicine. Most of them have been serving in the remote areas of developing countries like the Philippines for decades. One of the social teachings of Christianity is that the Gospels challenges us to have a preferential option for the poor. Repeatedly, the speakers noted that Jesus associated with the poor and sick. I was so captured by their thoughts and insights about their theological views and how it led them to practice medicine in geographically isolated and difficult areas. The poor and the sick is affected by the society one lives in. The doctor, therefore, must be able to consider and address the social conditions if the doctor really wants to treat the sick and poor. One important question captured my mind during that colloquium that I think every healthcare provider should consider and struggle with:

Is Christianity and Capitalism compatible?

The Philippines has an open market economy greatly influenced by the capitalist ideals of the Western world. The capitalist economy promises good life for its hardworking people. As of August 2015, the Philippine government prides itself as one of the fastest growing economy in Asia with a current annual GDP of 5.2% in Q1 and an IMF forecast of growth as high as 6.7%. However, the economic growth is not felt by the common masses as most live in poor condition. The latest SWS survey in the Q1 of 2015 shows 51% of Filipinos perceive themselves as poor. It seems the people that benefited from the growth of the economy are only the rich. The Forbes reported in 2014 that the 50 richest Filipino collectively earned almost half of the Philippine GDP. The 50 richest Pinoys earned $8.45 Billion in 2014 which is 51% of the $16.6 billion earned by the country.  Thus the cliche, the rich is getting richer and sadly the poor is becoming poorer. 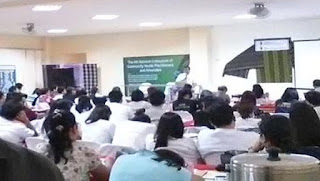 The question then, how did 85% of the Filipino people who are Christians allow such injustice to take place? Regardless of affiliation, the Roman Catholic and the Protestant church have great influence in the mind and attitudes of the people. The mainline Christian teaching is to help the poor and the needy yet the Filipino people exist in a capitalist economy that seems to do the opposite? Is capitalism incompatible with the Christian teaching or is it being abused? But Jay Richards says that capitalism is the solution. If capitalism rightly drives us to do our best to produce better quality products, be competitive in a setting with equal opportunity to succeed and rid ourselves of poverty; should Christianity then blame the poor for being lazy, not competitive enough and responsible for their poor state?

What do you think?


Join the Church Health Ministry FB Group Page to know other church health ministries.
Learn how to start a Health Ministry in your church. Invite us to help you conduct seminars and workshops.
I'd love to hear from you. Share your insights and thoughts in the comment below.
at 3:15 AM No comments: